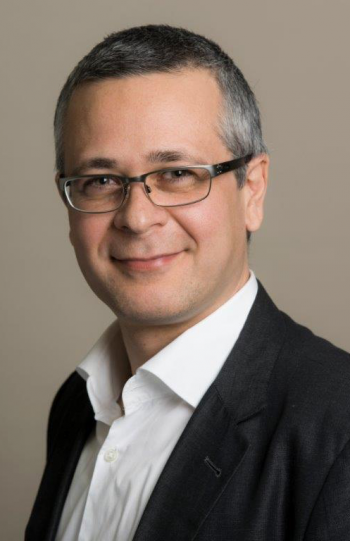 Gabriel Vasile received the M.Eng. degree in electrical engineering and computer science and the M.S. degree in image, shapes, and artificial intelligence from the POLITEHNICA University, Bucharest, Romania, in 2003 and 2004, respectively, and the Ph.D. degree in Electronics / Electrotechnics / Control Systems from the Savoie University, Annecy, France, in 2007. In 2008, he received the ”Bourse de la Vocation - Prix des Neiges” to recognize his work in radar remote sensing for the benefit of the Savoie and the Haute Savoie counties, France. From 2007 to 2008, he was a Postdoctoral Fellow with the French Space Agency (CNES) and was with the French Aerospace Laboratory (ONERA), Palaiseau, France. In 2008, he joined the French National Center for Scientific Research (CNRS), where he is currently a Research Scientist and a member of the Grenoble Image Speech Signal Automatics Laboratory, Grenoble, France.